Today, I just the new update on Mozilla Firefox 20.0 on my Ubuntu 12.04 LTS. I always update my things on Ubuntu. Previously, when I used to update Firefox, I used to see no changes on the UI but this time Firefox has a UI change. 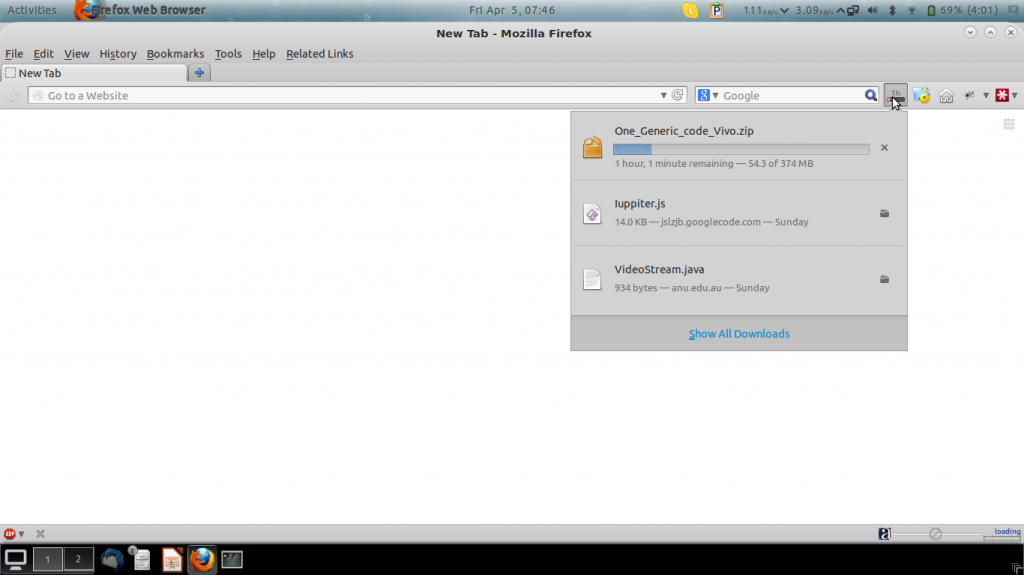 Firefox being one of the biggest browser in the world, it need to take care of the Vulnerability that exists in the current system. So, every time we see the new Firefox update, we see no more than a security update. At the moment they have added a very cool new feature to Firefox.
Download Progress: Displaying the progress of ongoing Downloads
You can easily view the downloads that are on the list and the time that will be taken during the download along with the progress bar. I remember once that my brother was using some plugin for that but its good to see some change from Firefox and pre-built such thing.
Happy browsing.